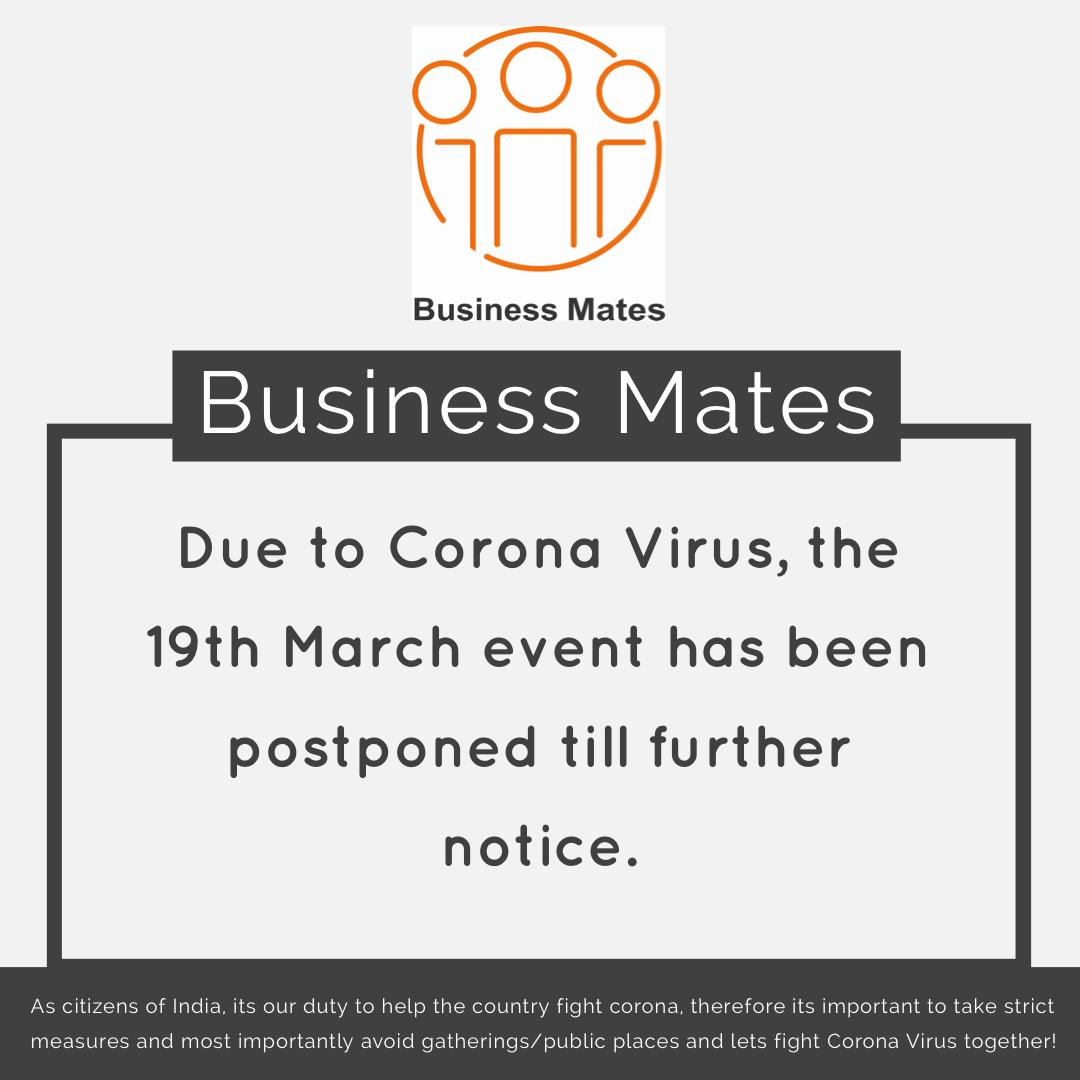 We have decided to postpone the 1st Anniversary meet of Business Mates due to the recent fear of outbreak of corona virus and its general precautions. It is better to be safe than sorry. We also support the govt efforts to contain the spread of this highly contagious disease. Together we shall fight and survive.

A timeline of Coronavirus

In the quest to find a cure and vaccine, scientists and health authorities are on the hunt for patient zero. Patient Zero is defined as the first person who has contacted the virus. In case of Coronavirus, it is believed that the virus was transmitted from a wild bat to human. Since as many as 150 people were simultaneously infected in mid November, this search is difficult. Since the Chinese govt is mostly run by Left ideology bureaucrats, acquiring technical data related to patients and treatment is a challenge. Police cases were slapped against the doctors who reported the new virus, one of whom has died due to infection.

With large and concentrated population centers and regular travel between urban and rural places, India is just ripe for the epidemic spread of Coronavirus. Govt and the authorities have planned well in advance and placed stringent and drastic measures in place at the cost of economic disruptions.

We are now in mid March and 83 positive cases so far. Schools, Universities, shopping malls & cinema halls have been shut down by different states. Passengers are being screened at airports which has caused a lot of delays. Few states has closed down the international borders with neighboring countries. Travel advisories and restrictions are in place. We still do not have a total clampdown in place in India on the lines of China. But at this point of time, the restrictions seem a must, rather than have an epidemic like situation in the country.